To share your memory on the wall of Deanna Bill, sign in using one of the following options:

Deanna Frances Bill, age 80, passed away May 9, 2020 with her loving husband of 60 years by her side. She was born on May 3, 1940 in Detroit, Michigan to the late Frank and Irene (Jarzynski) Marciniak. She was also preceded in de... Read More
Concord

Deanna Frances Bill, age 80, passed away May 9, 2020 with her loving husband of 60 years by her side. She was born on May 3, 1940 in Detroit, Michigan to the late Frank and Irene (Jarzynski) Marciniak. She was also preceded in death by her brother, Kenneth Marciniak, and his wife, Phyllis.

She was introduced to the love of her life, Ronald Bill, by a mutual friend, and their first date was at her high school dance. She graduated from St. Josaphat High School where she was a cheerleader. Ron and Dee were married on August 22, 1959 in Detroit. Afterward she joined him in Lincoln, Nebraska where he had already been stationed for two years of his four year term in the Air Force. Their son was born in Lincoln.

After the Air Force, they moved back to Detroit where Ron began his career with IBM and where their two daughters were born. They subsequently moved to Warren, Michigan where Dee served as a Cub Scout den mother. Afterward they moved to the Hudson Valley in New York where they lived in Poughkeepsie, Poughquag, and lastly West Ghent. The time they spent in West Ghent was the highlight of their family life. While there they co-owned a horse ranch with Dee’s brother, Kenneth, and his wife, Phyllis. The two families shared a large, old, Victorian house on the property. Together they owned over 20 horses and boarded a dozen or so more. During this time, Dee gave riding lessons and also led a 4-H club that had about 30 members. The SPCA often brought over ponies seized from neglectful or abusive owners. The two families trained the ponies and then gave them to the 4-H club members. Their children still love to tell stories about their very memorable childhood on the horse ranch.

Afterward Ron and Dee moved to Durham, North Carolina where he continued to advance in his career with IBM and where their children reached adulthood. During his retirement, they enjoyed living in a log cabin in the mountains of Blowing Rock, North Carolina for 20 years. After Dee suffered a stroke in October of 2018, they lived with their son and his family in Waxhaw, North Carolina for nearly a year and ultimately relocated to The Living Center of Concord, North Carolina for the last seven months of her life.

Dee was a devoted wife, mother, and grandmother, who deeply loved her Lord Jesus. She prayed faithfully and cared tenderly for many people over the years. She liked butterflies, flowers, sewing, knitting, embroidery, Agatha Christie mysteries, and jigsaw puzzles.

To send flowers to the family or plant a tree in memory of Deanna Frances Bill (Marciniak), please visit our Heartfelt Sympathies Store.

Receive notifications about information and event scheduling for Deanna

We encourage you to share your most beloved memories of Deanna here, so that the family and other loved ones can always see it. You can upload cherished photographs, or share your favorite stories, and can even comment on those shared by others.

William and Karen Gasser sent flowers to the family of Deanna Frances Bill (Marciniak).
Show you care by sending flowers 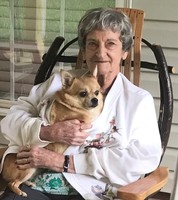 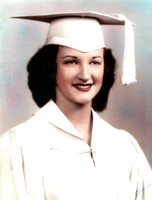 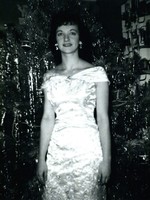