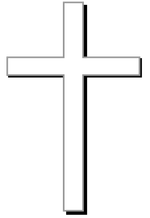 Mr. Don B. Ginder, age 80, died peacefully in Kannapolis, NC on Monday, September 23, after
a long battle with Parkinson’s disease.

Mr. Ginder was born June 23, 1939, in Glassport, PA, a son of John and Jean Buttermore Ginder.
Mr. Ginder was a retired civil servant, who spent 35 years working with the Justice Department
and the Department of the Army, both overseas in Germany and Panama, and in the US in
Atlanta, GA, St. Louis, MO, and Ft. Leonard Wood, MO. Mr. Ginder was a labor relations and
human resource management officer. As the civilian personnel advisor to the Commander in
Chief of the Southern Command, he played a critical role in the implementation of the Panama
Canal Treaties. In a similar role with the U.S. European Command, he was chief spokesman for
the U.S. Forces in negotiating the labor provisions of the Status Forces Agreement with
Germany.

As a young man, Mr. Ginder studied for the Roman Catholic priesthood at the Pontifical College
Josephinum in Columbus, OH. After leaving the seminary, he completed his college education at
the Catholic University of America in Washington, D.C. earning a BA degree in English
Literature. He is also a graduate (1983) of the U.S. Army War College in Carlisle Barracks, PA.
A lifelong Catholic, he served almost every parish he belonged to in a variety of capacities from
teaching faith formation, instructing RCIA for adults who are seeking entrance into the Church,
to leading the congregation in song as cantor during Holy Mass. Through his decline, he often
shared his faith with his caregivers, encouraging them to consider that they were “the hands of
Christ.”

He is preceded in death by his loving wife of 45 years, Brenda Mc Elroy Ginder who passed in
2012; his sister, Ellen Weinberg, New York City, NY who passed in 2016.

The funeral Mass will be held at Sacred Heart Catholic Church in Salisbury, NC on Friday,
September 27 at 10 am. He will be buried at the Honey Creek Woodlands in Conyers, GA at a later date.

In lieu of flowers, donations may be made to Sacred Heart Catholic School, 375 Lumen Christi Lane, Salisbury, NC 28147 or to Eternal Word Television Network (EWTN).