To share your memory on the wall of John Mizelle, sign in using one of the following options:

"John J. Mizelle, 92, previously of Locust, NC, most recently from John's Island, SC, left this earth and entered into eternal rest on Sunday, May 10, 2020.

He was born in Windsor, NC in Bertie County in N... Read More
John's Island, SC

"John J. Mizelle, 92, previously of Locust, NC, most recently from John's Island, SC, left this earth and entered into eternal rest on Sunday, May 10, 2020.

He was born in Windsor, NC in Bertie County in November of 1927, son of John D. Mizelle and Emily Mizelle, one of 10 brothers and sisters. His parents were farmers and he and his siblings spent many a day alongside their parents in the fields planting and harvesting tobacco, peanuts and corn.

He left NC in search of a better life by joining the US Air Force when he was 19, where he was first stationed in Great Falls, Montana. While there, he met, fell in love and married his first wife, Joyce Lambert in 1949. They had two children together, John. E. Mizelle and Jody Spring. After being transferred to Langley AFB in Hampton, VA, he divorced his first wife in 1962.

In 1963, he met, fell in love and married Jane Braunbeck, who at the time, had three children from her first marriage, Catherine Braunbeck, (now Woodson), Paul Braunbeck, Jr. and Steven Braunbeck/Mizelle, (now deceased). In 1965, he and Jane had Cherie Mizelle, (now Lombard), their only child together.

Before retiring from the Air Force in 1968, he served in the Korean War from 1950-1953, stationed at Danang, Vietnam, during the Vietnam War from 1964-1965. He was also stationed at Pope AFB in Fayetteville, NC, McDill AFB in Tampa, FL and finally at Charleston AFB in Charleston, SC. During his military career, he enjoyed being an aircraft mechanic and loadmaster. He traveled all over the world and loved to tell stories of his many adventures and the people that he met.

He retired from the Air Force in 1968 and he and Jane built a house in Surfside Beach, SC and lived there with Paul, Steven and Cherie for many years. During his time there, they were very involved in church, where he was head of the building committee and helped build Garden City Baptist Church, in Garden City, SC, where his expertise in construction and his hard work were greatly valued. Once the church was built and they attended there, he enjoyed serving as a Sunday School teacher, a Deacon and Head Deacon. He loved serving the Lord, as he loved our Lord God with his whole heart, mind, and soul and gave of his time and himself unselfishly. He loved going to church and being involved in church.

During the late 60's and the majority of the 70's, he enjoyed being a "handyman" by trade and loved repairing things in and around peoples' homes. He made many lasting relationships in Myrtle Beach and the surrounding area. it was around 1976 that he found out about a job at Queens College in Charlotte, NC as a Maintenance Supervisor, so he and Jane decided to "give it a go". Sadly, after a few years there, their marriage ended and he was single again. He and Jane divorced officially in 1980 but seperated in 1978.

While being employed at Queens College, one of his employees, Keith Huneycutt, suggested he meet his mother in law, Georgia Mae (McClester) Kiker, who lived in Locust, NC, right outside of Charlotte, NC. After a short courtship, he and Georgia fell in love and were married in May of 1980. Georgia had two daughters from her first marriage, Freda Kiker, (now Huneycutt) and Sue Kiker, (now Henry). During their 38 years of marriage, he continued to work at Queens College but eventually quit and went back to doing maintenance and repairs. He also purchased a home inspection business that he enjoyed for several years. He loved to work and found much joy and contentment in it.

He and Georgia were members of many Baptist churches in the area. One of the last churches he was a part of was West Stanly Baptist, where he was again, part of the building committee. He and Georgia purchased their burial plots there. He also enjoyed gardening, where he and Georgia grew and canned many vegetables together. They did this for many a year. They cross-stitched and made many handmade quilts together. Sadly, Georgia was diagnosed with Parkison's Disease and needed more help, time and attention at home. It was then, that he quit working all together to stay at home, full time to care for her, until her death in April of 2018.

To send flowers to the family or plant a tree in memory of John Jarvis Mizelle, please visit our Heartfelt Sympathies Store.

Receive notifications about information and event scheduling for John

We encourage you to share your most beloved memories of John here, so that the family and other loved ones can always see it. You can upload cherished photographs, or share your favorite stories, and can even comment on those shared by others. 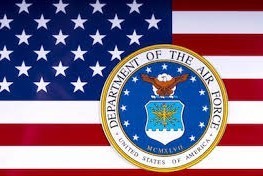 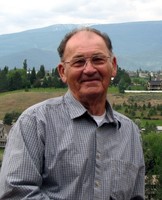