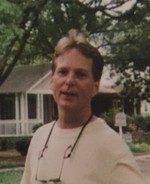 Mike was preceded in death by his father, Roger Clayton Bowlin; his wife, Teresa Eller Bowlin and his brother, Jeffrey Reid Bowlin.

He was a huge sports fanatic. His two favorite football teams were the Carolina Panthers and the Minnesota Vikings. He was also a loyal fan of the Cincinnati Reds.

Mike will be missed by his family and friends.