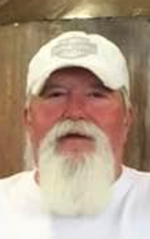 Michael Dale Hill, better known as “The Hillbilly”, passed away June 4, 2020 at Atrium Health NE. He was born January 8, 1955 in Concord to the late Grady Eugene Hill and the late Elizabeth Allman.

Michael enjoyed hunting, fishing, drag racing and riding his Harley with his wife, Charlotte. During the Christmas season he would spread joy and love as Santa Claus. He had many friends and extended family members who will truly miss his contagious smile.

A Celebration of Life for Michael will be announced at a later date.

In lieu of flowers, please make donations in his memory to your favorite charity.