To share your memory on the wall of Richard Horton, sign in using one of the following options:

Richard married Claudia Smith in 1959 and together they raised six daughters and one son. The pair divorced in 1987 and he married Donna Cyr of Rutland, VT in 2006. The couple resided in Kannapolis, NC.

Richard was proud to serve in the US Marine Corp and fought in the Korean War. He retired from GE and was a devoted member of the Trinity Episcopal Church in Rutland. Richard loved baking and many people will remember him for his delicious pastries and cakes. Aside from being a talented baker Richard was an incredible artist. His works grace the homes of his immediate and extended family and friends.

He was preceded in death by his loving parents; his brother, Al and his sister, Sadie.

A celebration of his life will be held in the summer of 2020 in Vermont.

Memorial contributions may be made to the National Kidney Foundation at www.kidney.org

To send flowers to the family or plant a tree in memory of Richard Clarence Horton, please visit our Heartfelt Sympathies Store.

Receive notifications about information and event scheduling for Richard

There are no events scheduled. You can still show your support by sending flowers directly to the family, or planting a memorial tree in memory of Richard Clarence Horton.
Visit the Heartfelt Sympathies Store

We encourage you to share your most beloved memories of Richard here, so that the family and other loved ones can always see it. You can upload cherished photographs, or share your favorite stories, and can even comment on those shared by others.

Posted Apr 22, 2020 at 03:57pm
I spent many days in the Horton house as a youth and remember him well. My thoughts and prayers go out to the family. God Bless
Comment Share
Share via:
DH

Posted Apr 18, 2020 at 04:58pm
Sorry for your loss. My mother remembers Clarence and Bernice Horton. They were relatives of Roy Horton, who was my grandfather. And Erie Horton was my fathers uncle, Ronald Horton Sr. God bless you all. Darlene Horton
Comment Share
Share via:
SC

Posted Apr 18, 2020 at 10:31am
Donna and family, I am so sorry to hear about the loss of Richard. I know your heart is breaking, but I pray your wonderful memories of him and better times will comfort you. 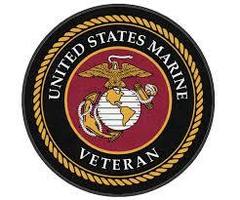