To share your memory on the wall of Terry Jeffery, sign in using one of the following options:

Although Terry had a wide array of jobs, most of his time was spent in the construction industry. He was a very hard worker with a heart of gold who loved his family dearly.

While Terry had no children of his own, Jody Bretz, Dillon Harrington, Jennifer Jones, Julie Kirby and countless others will always be grateful for his role as ‘Uncle Terry’.

To send flowers to the family or plant a tree in memory of Terry Ray Jeffery, please visit our Heartfelt Sympathies Store.

Receive notifications about information and event scheduling for Terry

You will receive any future notification messages.
Print

We encourage you to share your most beloved memories of Terry here, so that the family and other loved ones can always see it. You can upload cherished photographs, or share your favorite stories, and can even comment on those shared by others. 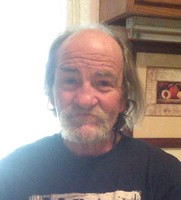